I was devastated to hear the news of Ian Forsyth's passing this morning. Ian joined the army in 1942 as part of the 1st reconnaissance Regiment at Lockerbie before moving to the 15th - 19th Hussars Reconnaissance for the 11th Armoured Division in April 1945.

He was one of the first of the allied forces to reach the German Bergen-Belsen concentration camp. Ian described the experience as "a nightmare" and said that it completely changed his outlook on life. After seeing this he said to himself "if I survive I am going to spend the rest of my life helping others." which is exactly what he did.

He took this commitment to helping others seriosuly and when he returned home after the war he became a teacher in Lanarkhire before settling at Larkhall Academy. Alongside his teaching career, Ian became increasingly involved in helping the Polish ex-service community with his work being recognised with an award of the Cavalier Cross and the Officers Cross of Merit of the Republic of Poland.

He was also hugely active in the Legion Scotland, acting as both President and Secretary of the Hamilton Branch, serving as a member of their original National Executive Council and also serving as the Area Chairman of the Glasgow and West of Scotland Region. Ian did all this while also founding the Joint Ex-servicemen's Association in Lanarkshire.

Ian continued to write to some of the survivors from Bergen-Belsen over the last 70 years, one 16 and the other 11 when taken to the concerntration camps. He spoke at the Holocaust Memorial Day last year and his words then are more important than ever. "I hope people can realise how far mankind can sink if they are not careful. We must learn that freedom is for everyone. We are not all the same but that should be celebrated. We need to stand together against oppression. This is the most important message I can give anybody. 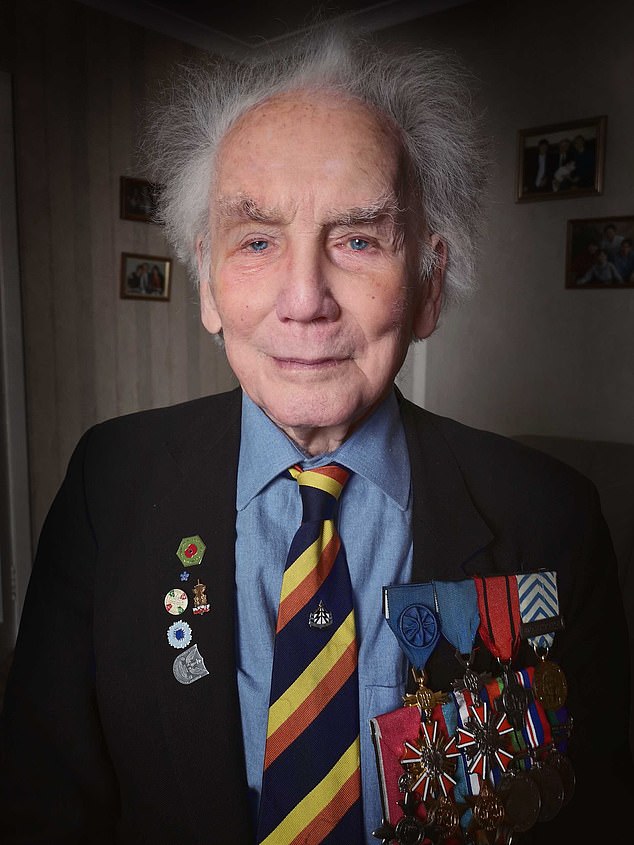